While Dudeism in its official form has been organized as a religion only recently, it has existed down through the ages in one form or another. Probably the earliest form of Dudeism was the original form of Chinese Taoism, before it went all weird with magic tricks and body fluids. The originator of Taoism, Lao Tzu, basically said “smoke ’em if you got ’em” and “mellow out, man” although he said this in ancient Chinese so something may have been lost in the translation.

Down through the ages, this “rebel shrug” has fortified many successful creeds – Buddhism, Christianity, Sufism, John Lennonism and Fo’-Shizzle-my-Nizzlism. The idea is this: Life is short and complicated and nobody knows what to do about it. So don’t do anything about it. Just take it easy, man. Stop worrying so much whether you’ll make it into the finals. Kick back with some friends and some oat soda and whether you roll strikes or gutters, do your best to be true to yourself and others – that is to say, abide.

Incidentally, the term “dude” is commonly agreed to refer to all genders. Most linguists contend that the diminutive “dudette” is not in keeping with the parlance of our times.

Learn more about Dudeism:
Great Dudes in History
The Take it Easy Manifesto
Dudeist Links
FAQs
Interviews with the Dudely Lama and others
Videos of Dudeism in action (and inaction)
More in the “About Dudeism” menu
Dudeism in the World Religion and Spirituality Encylopedia
Dudeism entry at Wikipedia

COMMENTS
If you have a question or request, please don't ask here --contact us directly

The Abide Guide is now available in Audiobook format

Or get all of our books in the Dudeism Book Bundle!
Also: Download the Dude Testament audiobook or ebook for free!

NEW! A fun and convenient resource for Dudeist Priests. 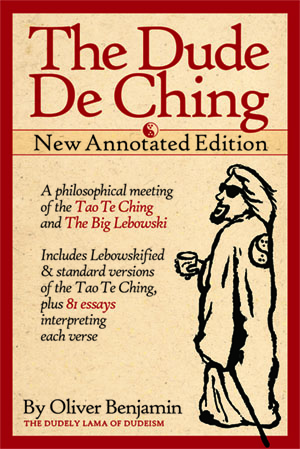 The Tao of the Dude 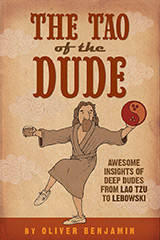 Available at our store